25071 Understanding and improving the lubrication of oscillatory loaded bearings in rapier weaving looms
Richtingen: Master of Science in Electromechanical Engineering

Picanol, based in Ieper, is one of the world leaders in developing and manufacturing weaving looms. There are many different types but they all work according to the same three-stage process: first the longitudinal threads are separated (shedding), then a lateral thread called the weft is propelled through the created passage (picking), and finally the weft is pushed against the woven cloth (beating-up). In the image below this process is depicted for a classic shuttle weaving loom.

This type of weaving loom uses large sword-like metal needles, called rapiers, to carry the weft across the fabric. To save space, these rapiers are coiled upon a drum, as shown in Figure 2. Consequently, the bearing of this drum is subjected to a heavy oscillatory loading as it rotates back and forth multiple times per second. In steady operating conditions, a lubrication film is build up between the raceway and rolling elements preventing direct contact and avoiding high friction values and wear. However, due to the oscillation, the lubricant film has to be recreated every time the rotational direction changes. Gaining understanding in the lubrication process is essential to improve this vital component of the rapier weaving loom in terms of service life and operation. 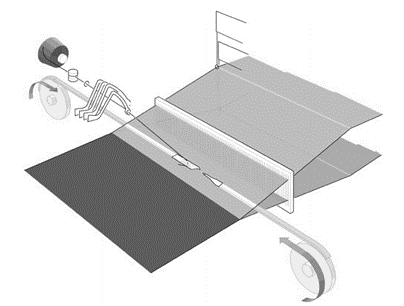 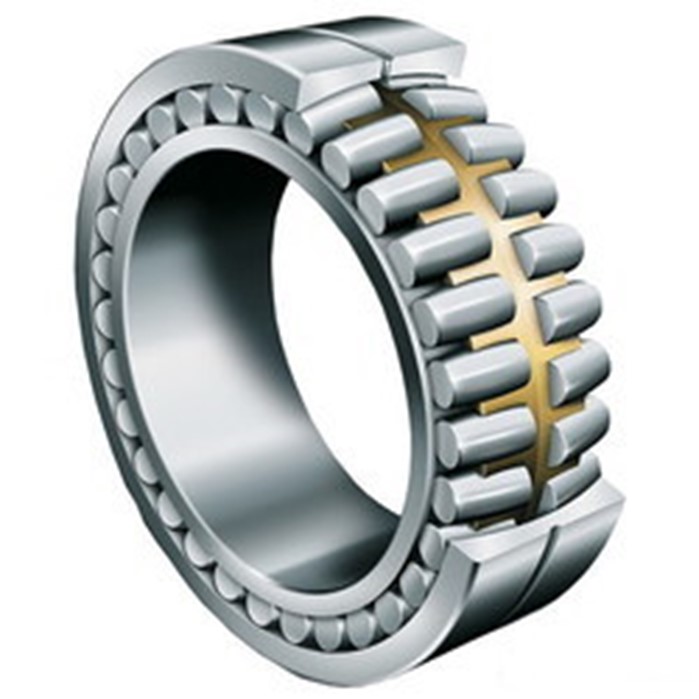 The lubrication inside the bearing originates from the combined effect of elastic deformation of the surfaces and increased viscosity due to the high local pressures. This mechanism is called elastohydrodynamic lubrication. The aim of this thesis is to investigate the behavior of the fluid film under oscillatory loading in order to estimate the life span of the bearing and develop strategies to improve the durability.

Towards this goal, you will start from an existing simplified model for elastohydrodynamic lubrication in Python, which takes the fluid-structure interaction (FSI) between the lubricant and the solid surfaces into account. You will investigate how and when the lubricant fails under different loading regimes and aim to improve this behavior.

In this thesis you will: