The rising demand for high power-density and performance of modern powertrains e.g. in wind turbines, pushes gears towards their limits in terms of power transfer, load capacity, efficiency, durability and reliability. In wind turbine planetary gearboxes, for example, 70% percent of the failures are attributed to the roller bearings, of which 80% is believed to have inadequate lubrication of the rolling contacts as a root cause. Another 26% of failures are designated to failing gear teeth. Also, here, insufficient lubrication is the most occurring cause of damage and wear of gear teeth flanks. In order to minimize premature failure and operational and maintenance costs, it is crucial to understand the physics which occur in lubricated bearing and gear contacts operating under various conditions. 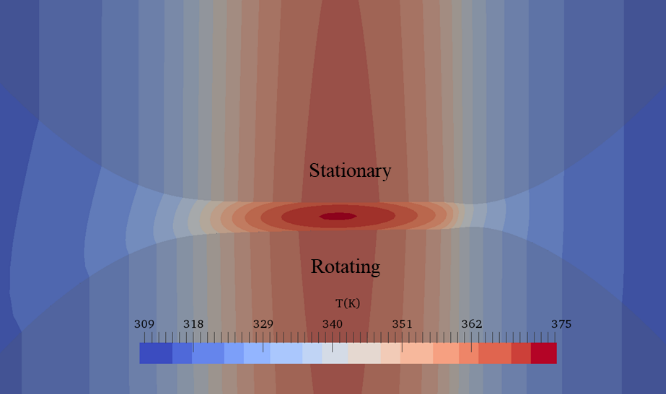 Gears and bearings operate under the so-called thermo-elasto-hydrodynamic lubrication (TEHL) regime. This implies that solid surfaces are just separated by an extremely thin oil film of barely 50nm-1μm thickness. Locally extreme hydrodynamic oil pressures (1-4 GPa) arise, resulting in a local solidification of the lubricant and a significant local elastic deformation of the solid surfaces. An important assumption in conventional lubrication theory is the no-slip condition at the interface, which states that lubricant at each interface has a velocity equal to that of the adjacent solid surface. However, wall slip depicts a relative motion between solid and fluid at the interface; in this condition, the first molecule layer of fluid does not adhere to the surface.  The slip phenomenon has been detected in several cases, and it has received attention in lubrication literature. Slip at surfaces can influence on entrainment of lubricant into a contact, lubricant thermophysical properties, shape of contact,  and shear heating. Hence, investigation of the influence of slip condition on TEHL contacts' behaviour and lubricant film can help better understand the physics of lubrication.

The main objective is to study the influence of wall slip in TEHL line contact. A proposed timeline for this project is as follow:

An in house developed CFD-FSI solver in Soete Laboratory is ready to use and simulate the TEHL line contacts. We intend to use the well-established open-source OpenFOAM package for fluid dynamics simulations and linear elastic description of the deforming surfaces. Static analysis of TEHL contacts has been already performed. Hence, there is no need for programming in this project, and 90% of CFD-FSI case setup have been already done in the Tribology group.  The inclusion of wall slip effects is the aim of this thesis.