Airborne wind energy (AWE) is an emerging and potentially disruptive technology to convert wind energy into electricity. This technology uses either an aircraft or a soft kite attached to a tether (i.e. a cable) and this device performs a pattern in cross-wind flight. AWE systems have the potential to capture wind at greater height than conventional wind turbines, meaning that the wind velocity is typically both higher and more constant in time. In this thesis, the focus is on AWE systems consisting of a soft kite (see figure 1). 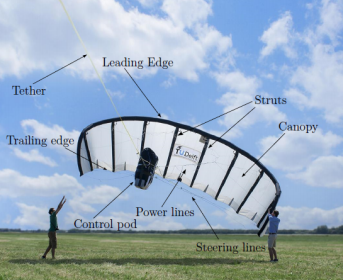 For soft kites, the flow field has already been studied in detail using computational fluid dynamics (CFD, see Figure 2). However, kites are by construction flexible and the aeroelasticity has to be considered by performing fluid-structure interaction (FSI) simulations which take into account both the forces resulting from the flow field and the forces in the structure. Fluid-structure interaction simulations of soft kites have also been performed, but then typically using simplified models for the flow field which can be inappropriate due to the presence of flow separation. 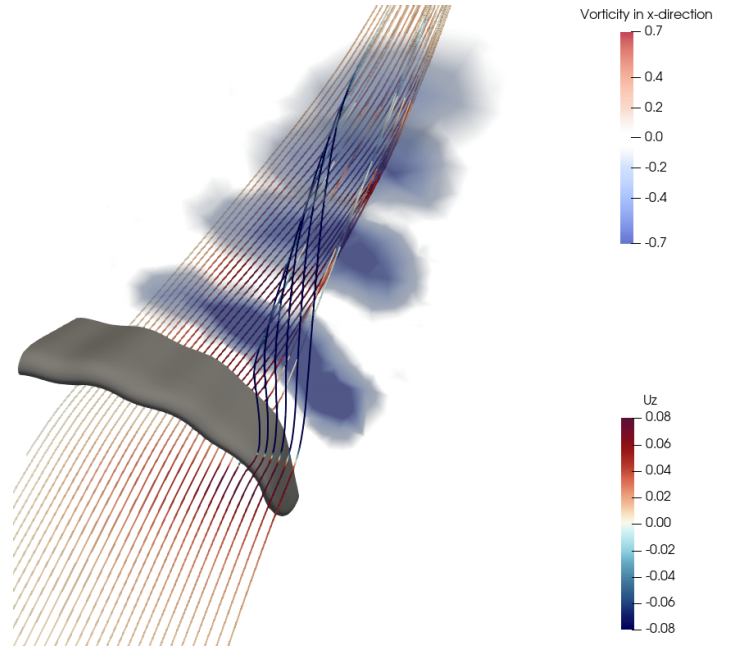 Figure 2: Streamlines and vorticity behind a soft kite for airborne wind energy [from Numerical Analysis of the Flow Past a Leading Edge Inflatable Kite Wing Using a Correlation-based Transition Model, by P. Demkowicz, 2019].

The goal of this thesis is to develop a detailed fluid-structure interaction model of a soft kite for airborne wind energy. You will first develop a computational fluid dynamics model for the flow field and a finite element model for the kite. After testing them separately and validating the results with data from the literature, you will use the in-house code CoCoNuT to couple both models and perform aeroelastic simulations. A steady flight on a circular path in a constant wind field will be the starting point, but this could be extended to unsteady flight or by including more components of the AWE system.