Airborne wind energy (AWE) is an emerging and potentially disruptive technology that aims at converting wind energy by flying crosswind patterns with a tethered flying device (See Figure 1). It has the potential to increase the wind energy yield by capturing wind energy at locations and heights unreachable for conventional horizontal-axis wind turbines. This technology can thus have a strong impact on the transition to a sustainable energy system by generating more green electricity, with higher availability and at a lower cost, which is some of the main limitations today.

An AWE aircraft performs a highly dynamic flight maneuver (in case of a figure-8 pattern) when compared to conventional aircraft. The transition between pumping and reel-in mode is additionally highly dynamic. Simulation of these AWE systems requires accurate dynamic models for all systems involved; these include the ground station, tether (connecting cable), and the aircraft. In the current state-of-the-art modeling, the tether is modeled either by assuming it to be straight or by multiple particle systems given by point masses and spring-damper elements. However, these models do not consider important effects such as unsteady aerodynamics. Nevertheless, due to its long length, the tether is found to have a significant effect on the performance and behavior of an AWE system. 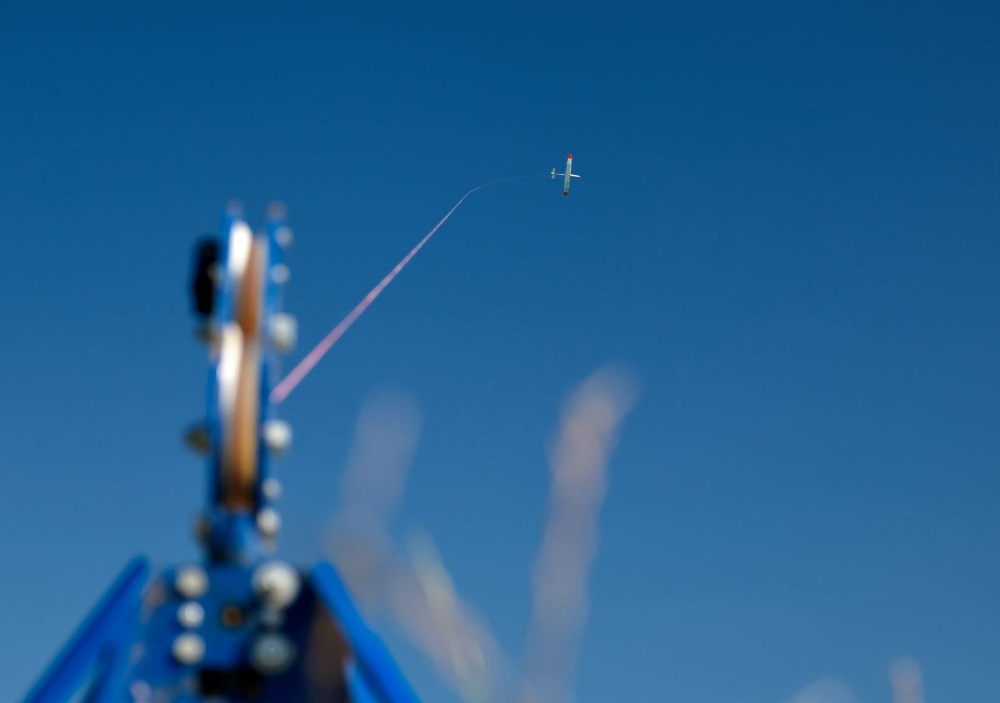 In previous research, the tether dynamics have been investigated using a wall-resolved approach with the Chimera technique. However, due to the dimensions of the system (a tether is several hundreds of meters long and has a diameter in the order of only centimeters), such simulations are typically rather expensive. Therefore, a new approach will be investigated where the tether is no longer explicitly present in the flow domain. Instead of resolving the flow close to the wall, the forces that the tether exerts on the flow are introduced as source terms in the momentum equation. As such, the tether is no longer present as a physical object in the flow, eliminating the need for a fine mesh close to wall boundaries, effectively reducing the computational cost of such simulations.

Goal of this (challenging) thesis is to develop an actuator line method in the flow solver ANSYS Fluent that allows to model the tether as a distributed force in the flow domain. The forces are inferred from the relative air velocity at the tether location (represented by its center line) and tabulated force coefficients, i.e. lift and drag coefficients of a smooth cylinder for different Reynolds numbers and flow directions.

In a first step, only the flow side will be considered: the tether could then remain at a fixed location in the domain. In a second step, a pre-defined motion will be applied to the structure. Both steps will be performed purely in the CFD solver ANSYS Fluent using user-defined functions (UDF's) to add source terms to the momentum equations. These steps alone are already highly challenging and will definitely help ongoing research in the team concerning tether modeling but also other research domains, such as the modeling of a yarn insertion in air jet weaving machines.

If these steps prove successful, the research could be extended towards coupling this flow model to a simple 1D structural model using beam elements. The in-house coupling tool CoCoNuT currently does not yet support the coupling of 1D problems, therefore this extension will be performed in collaboration with the counsellors.

In short, in this thesis you will