Global warming and the roadmap away from fossil fuels towards a CO2 neutral economy are driving innovations and technology developments. Currently heavy duty applications are typically powered by compression ignition (CI) engines and with fossil fuels such as heavy fuel oil (in the marine sector) and diesel (stationary applications). In a sustainable future alternative solutions will have to find their way in.

Renewable methanol is a very promising alternative fuel for these applications. Given its high octane number it is however primarily suited for spark ignition (SI) engines. To enable methanol in a marine environment, dual-fuel methanol-diesel (where a large portion of the diesel is replaced by methanol) is an important transitionary operating mode, as diesel operation remains possible when no methanol bunkering is possible. However in the long term methanol in SI operation offers the potential for increased efficiency and ultralow emissions.

For stationary applications there is no need for a transitionary phase and one can directly implement SI engines dedicated for methanol operation. To obtain these higher efficiencies, engine technologies (such as EGR, variable valve timing, etc) should be optimized for methanol’s physical properties. For example methanol’s high resistance to knock which enables high compression ratios (CR).

As current methanol SI engines typically start from SI gasoline engines, which have lower CR than CI diesel engines, it can be questioned whether starting from a diesel engine geometry would allow a better exploration of the high octane number property of methanol. This would enable to fully explore the knock resistive properties of methanol.

Within this experimental thesis two engines are available for exploring the knock-resistive properties of methanol. The first engine is a Volvo T3 gasoline car engine equipped with direct methanol injection and various variable settings such as variable valve timing and EGR. The second engine is a marine diesel Volvo Penta D7C engine that is currently running in diesel and dual-fuel (methanol-diesel) mode, and is equipped with a variable intake air temperature system, EGR and a waste gate.

The aim is to get a combined view on both engines on knock. Currently no knock is observed on the T3 given its low CR (10:1) and the high knock resistance of methanol, but increasing the intake air temperature by means of bypassing the intercooler could invoke knock. In this way, the hypothesis is to create a knock reference load point on the T3.

On the Penta the CR is 19:1. Therefore it is expected that knocking regions will be more easily encountered. However, before being able to investigate these knocking areas, the Penta should be commissioned on fully methanol SI operation. This is a first milestone to reach. In a next step the knocking regions can be exploited with the aim to search for the highest efficiency and power density. 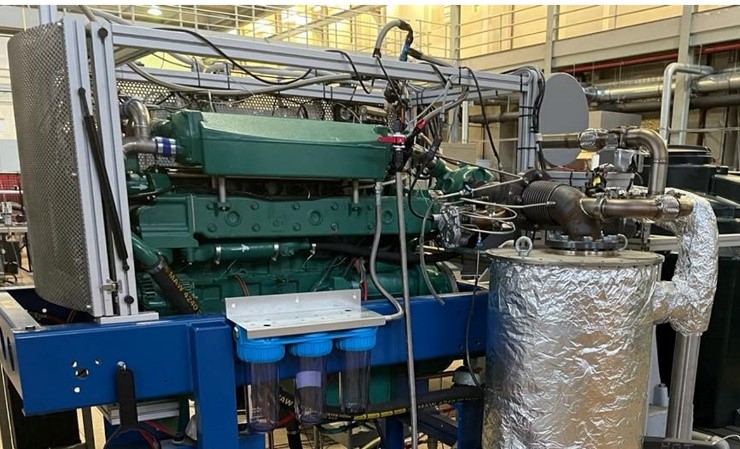 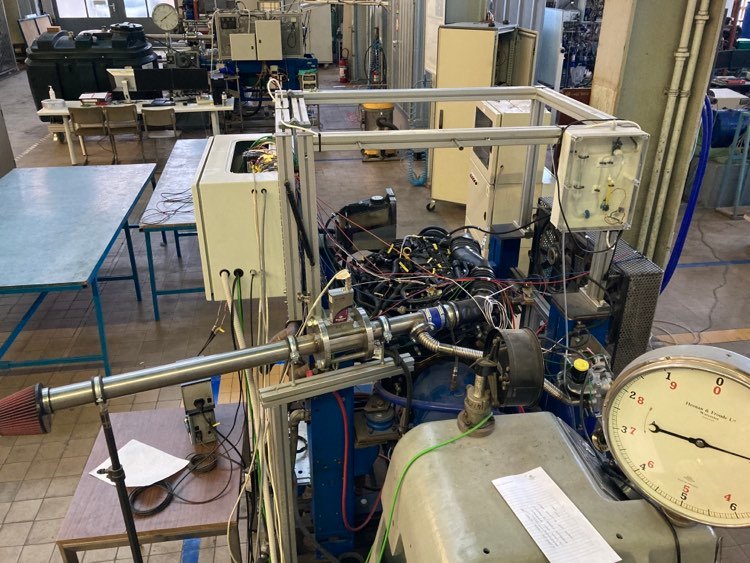