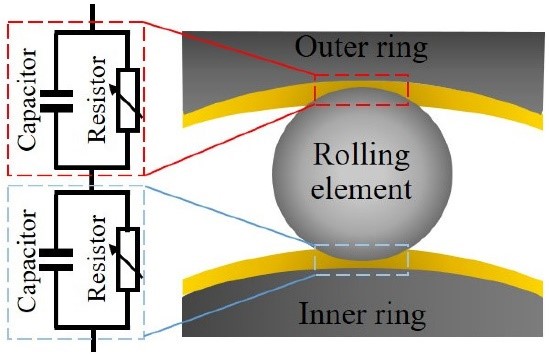 Hydrostatic bearings (HSB) are widely used in different rotodynamic systems. Currently there is a large amount of theoretical and empirical data, on the basis of which design guidelines are elaborated and can be found in literature (e.g. [1], [2]). However, reliable recommendations cover mainly those hydrostatic bearings in which the non-linear inertia factor is accounted for laminar flow over small eccentricity ranges [3] and applicable to conventional liquids (oil, water). Lead-bismuth eutectic has physical and chemical properties that are significantly different from traditional fluids used in hydrostatic bearings, in particular a relatively low viscosity and high density [4], which makes it practically impossible to design HSBs for operation in LBE in a laminar mode according to existing guidelines. In addition, there is no practically confirmed evidence that cavitation processes in LBE are similar to cavitation processes in traditional liquids. This lack of scientific and practical knowledge about the hydrodynamics of HSB fed by LBE brings an interesting scientific challenge.

The primary pumps of the MYRRHA research reactor, developed at SCK CEN in Mol, will use hydrostatic bearings as the bottom shaft support, since other types of bearings (of fluid dynamic and rolling types) are not considered suitable for operation in LBE for a number of reasons, making the scope of the topic practically important as well.

This research aims at better understanding the hydrodynamics of HSB operated in LBE. The analysis of the HSB hydrodynamic characteristics will be performed using computational fluid dynamics (CFD). The first step in this thesis will be to perform a CFD simulation for oil bearings and verify the numerical model with available data from the literature.

Second, this numerical model will be extrapolated to lead-bismuth eutectic. A homogeneous mixture model for the density as a function of the pressure can be added to take cavitation into account. Various HSB designs can be analyzed to investigate the effect of different parameters on their performance.

The proposed methodology consists of: