Methanol is one of the most promising future marine fuels in terms of storability, scalability and sustainability because it is a liquid at room temperature and pressure with reasonable energy density, and it can be produced renewably using abundantly available resources.

Marine engines operated with pure methanol and SI (spark-ignition) operation are currently studied within the EU-funded project FASTWATER coordinated by Prof. Sebastian Verhelst. This is usually unachievable because the premixed charge tends to auto-ignite and cause the so-called knock event in large-bore (>200mm) and medium-speed (<1000RPM) engines that are used for marine applications. However, the high research octane number, high flame speed and high heat of vaporization of methanol are all properties alleviating the knock tendency.

On the left of the figure below is the harbor tug boat from Port of Antwerp that will be retrofitted to methanol operation in the FASTWATER project, and on the right is the ABC engine this tug boat is equipped with, which will also be the baseline engine in this research. 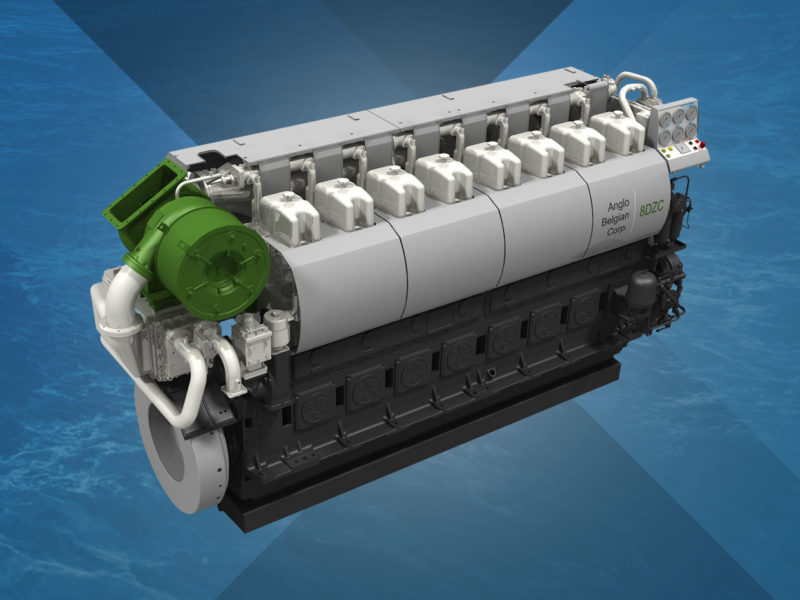 To fully exploit the potential of medium-speed large-bore SI engines operated with methanol, we will try to answer what would be the optimal configuration and part load operating strategy for such engine to achieve the widest load range, highest efficiency and lowest emission.

This research will be carried out using the industry-standard 0D/1D engine simulation package, GT-Power [1]. The geometry of the engine model will be based on an existing product from one of the partners of the FASTWATER project, the Ghent based engine manufacturer Anglo Belgian Corporation [2].

The modelling methodology will be based on the one previously developed by the research team [3] with the emphasis on sub-models like laminar burning velocity [4], ignition delay [5] and in-cylinder heat transfer [6]. NOx emission and methanol evaporation sub-models are also critical building blocks. Your job will be as follows,