Airborne wind energy (AWE) is an emerging technology in the field of renewable energy. AWE systems consist of tethered airborne devices connected to a ground station with either ground-based or on-board power generators as shown in Figure 1. The systems exploit the abundant wind resources available at high altitude by flying crosswind maneuvers, such as circular flight paths as shown in Figure 2. Similar to conventional wind turbine blades sweeping disks, AWE systems sweep large annular regions of the sky. 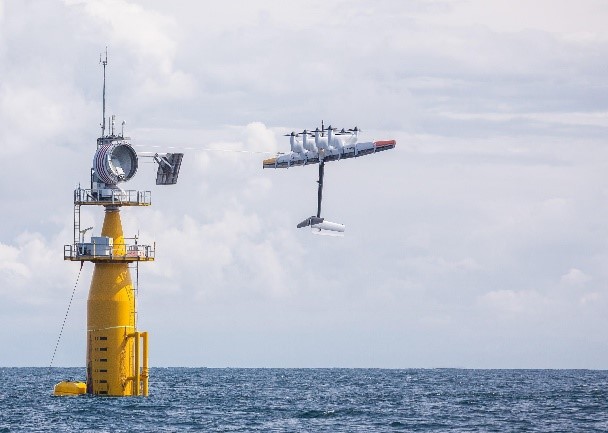 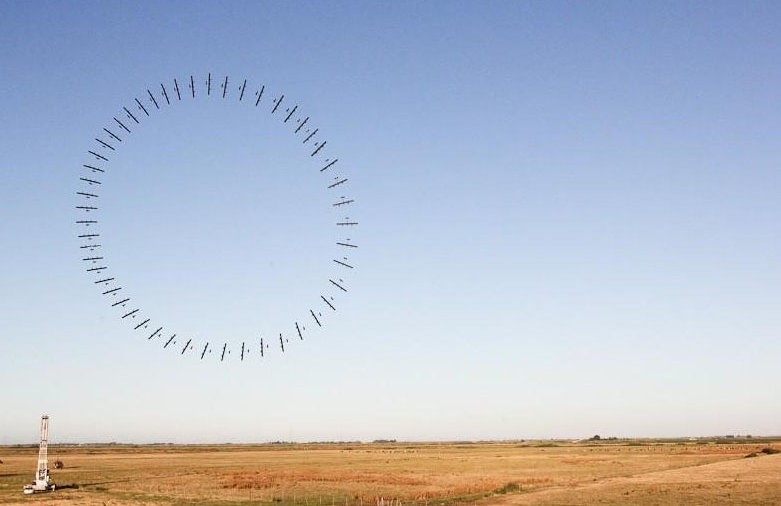 By extracting kinetic energy from the wind flow, conventional wind turbines (CWT) and AWE systems alike induce a region of reduced wind speed and increased turbulence called the wake. Wakes play an important role in the performance of large wind farms,  it is therefore essential for wind farm planners and operators to understand the dynamics of wakes in order to optimize the operation of the power plants. With the continuous advances in computing performance, computational fluid dynamics (CFD) has become a widely used tool for the simulation of wakes, in particular for conventional wind turbines [2]. While direct modelling of the rotor in the flow field is too computationally expensive, simplified representations of the system using actuator methods have provided accurate predictions of the mean wake characteristics of wind turbines [3,4]. More recently, actuator methods have also been employed to investigate the wakes of AWE systems [5].

The objective of this thesis is to develop an actuator annulus method (AAM) in order to simulate the wakes of AWE systems. The investigation will focus on the mean wake characteristics, therefore Reynolds-Averaged Navier Stokes (RANS) simulations will be performed using the open-source CFD software OpenFOAM. In a first step, wake simulations of CWTs will be performed with the existing actuator disk (ADM) capabilities of OpenFOAM [6] in order for the student to become acquainted with the simulation platform. In a second step, an AAM model will be implemented, similar to the procedure described in [7]. The AAM implementation will be assessed against existing wake and induction models recently developed by the AWE community [8-12]. In a final step, the mean wake characteristics of AWE systems and CWTs respectively obtained by the AAM and ADM simulations will be compared and discussed.